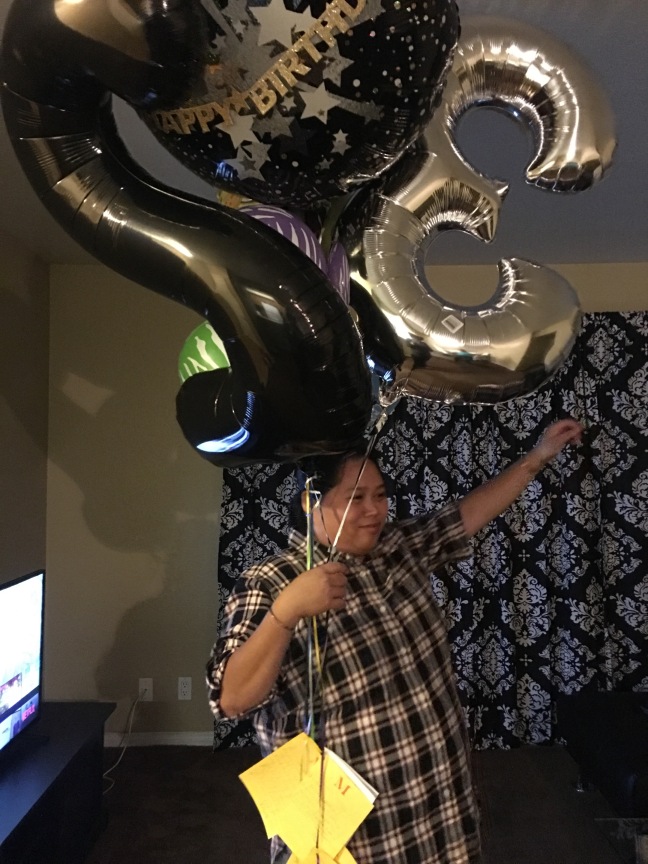 Last week, Tai posted about her surprise birthday–her first celebration in L.A.–that I organized for her. The weekend after her festivities, we then celebrated my birthday in Utah and Las Vegas. Actually, my brother’s birthday was also around the corner, so we pretty much were also partying it up for him, too! Yes, we are all #teamCapricorn! Anywayz, If you’re from Southern California, you know that driving from L.A. to Vegas only takes roughly four hours–which is why so many Angelenos spend the weekend there (some even every weekend). So, it was a no-brainer for me to go to Vegas, since it’s relatively low maintenance (distance-wise) compared to going to New York. But, of course, Vegas is far from being a “low maintenance” destination! However, before we “turned up”, we took a nature detour first to Zion National Park in Southwest Utah.

We arrived in Vegas on a Friday evening, much later than we anticipated because of traffic getting out of L.A. and an extended pit stop at Dino’s in Pomona. We had no idea that Dino’s has a branch way out in the 909! We love the regular Dino’s in L.A., so we had to try the famous Dino’s chicken with its supernova of spices and juices dripping over a bed of French fries. It was the same Dino’s chicken that we love! The upside in this branch is that in the middle of the afternoon, this branch had no line–a far contrast to the very hectic branch in L.A. After our spontaneous dive into Dino’s, we crossed the San Bernardino Mountains to meet more traffic. Thanks to some Latin Jazz, Adele, and Fetty Wap, we survived the traffic, trekking up the mountains and driving through the Mojave Desert. After resting at my family’s house in Vegas, we picked up our friend Penny who flew in from Atlanta to join us for the birthday weekend. 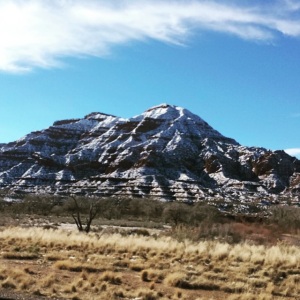 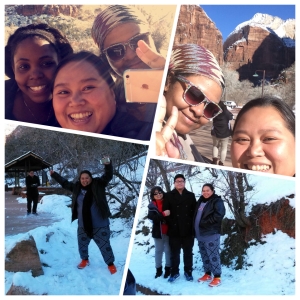 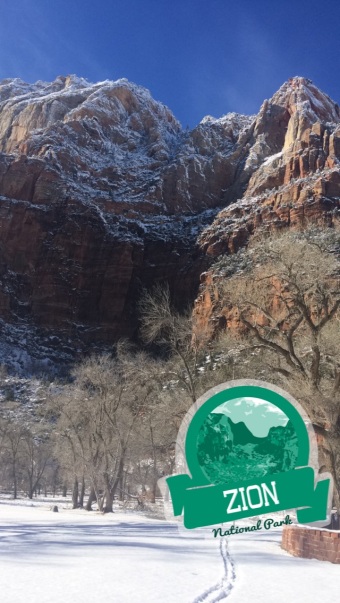 We wrapped up the night early, since we were driving to Springdale, Utah on early Saturday morning for a day trip to Zion National Park. Even the two-and-a-half-hour drive from Vegas to Zion consisted of breathtaking landscape views of purple mountains and desert rock formations sprinkled with snow on top. The 15 freeway or Veterans’ Memorial Highway stretched from Nevada through Arizona and to Utah. In transit in my brother’s T.A.R.D.I.S. (he’s a Whovian AKA Doctor Who fan), we passed the Moapa Valley (Nevada), Mount Bangs (Arizona), Beaver Dam Mountains (Arizona), St. George (Utah), and the Red Cliffs National Conservation Area (Utah).Once we got to Zion National Park, we rejoiced at the sight of snow and 250 million years of geological masterpiece carved by uplift, tilt, and erosion. The website describes the park as:

Once the area was covered by a low body of water; eventually huge rivers carved their way through the landscape. Later it was left one of the largest deserts on the earth. This desert’s sand dunes became what are now the breathtaking 2,000 foot cliffs of Zion National Park. The park now houses what are some of the most scenic canyon views in the country. In just a 229 square mile radius there resides enormous pine and juniper covered plateaus, narrow sandstone canyons, the windy Virgin River, and many seeps, springs, and waterfalls.

Our quick day trip to Zion was nothing short of heavenly; the park lives up to its name! We hope to return and spend a few days taking in the natural beauty and serenity of Utah. 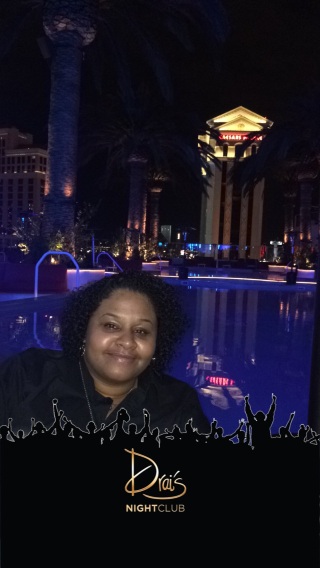 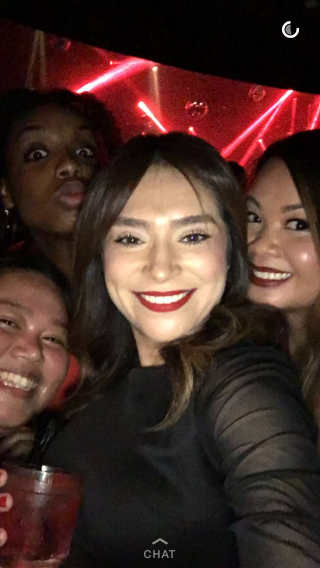 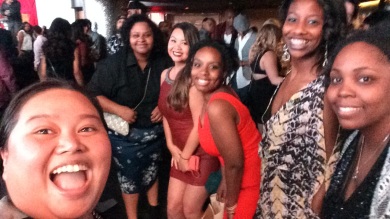 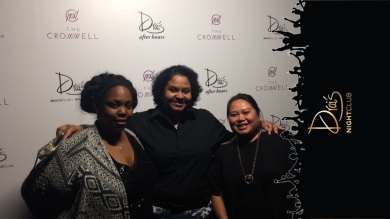 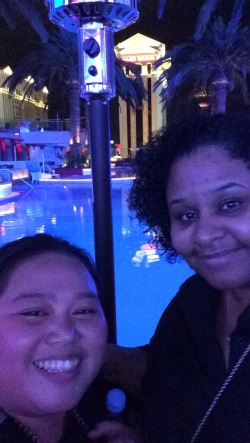 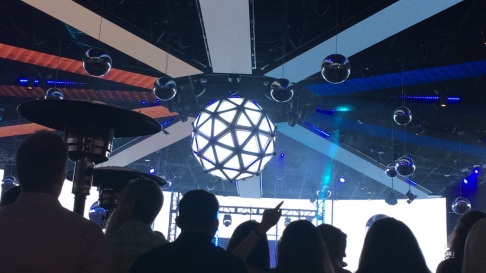 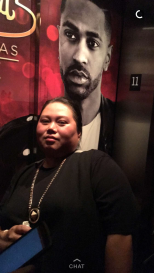 Although the Zion day trip was a soul-rejuvenating adventure, it made us a bit tired (it was a 5-hour drive total), so we took a few hours to catch our breath in our two-bedroom AirBnB spot about a mile off the The Strip. Although we found some affordable hotel deals on Groupon and Hotels.com, we just wanted to ditch the daily resort fees that can accumulate if you’re staying for a few nights. It also came with free parking, so we just took Uber and Lyft to and from The Strip. If you’ve never been to Vegas, people call the Vegas Strip as simply “The Strip.”

In any case, after getting our lives, we (barely) made it to Drai’s Nightclub at The Cromwell on S. Las Vegas Blvd. and E. Flamingo Rd., right in the center of The Strip. Thanks to our friend from my cohort who had a hook-up to a promoter’s V.I.P. list, we all got in for free to see the rapper Big Sean perform a full-set show at Drai’s. Even before he got on stage, the club itself was LIT. Penny and Tai have never partied in Vegas before and they referred to the massive L.E.D. balls, laser effects, and mayhem of lush, beautiful people as “sensory overload.” Tai, Penny, my cohort friends, another friend who was also celebrating her birthday that week (another win for #teamCapricorn!), and I enjoyed dancing into the wee hours of the night under the almost full moon. Big Sean eventually showed up around 12:45 a.m. and propelled this party into the interstellar lit-dom! I actually did not know that he had soooo many songs and collaborations; he performed for at least an hour. He’s a solid performer. Thanks Big Sean!!! We enjoyed the whole experience, except for the watered down $20 cocktails. 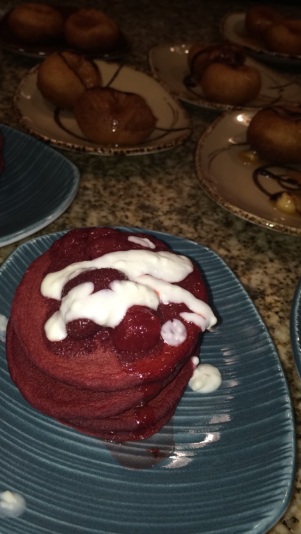 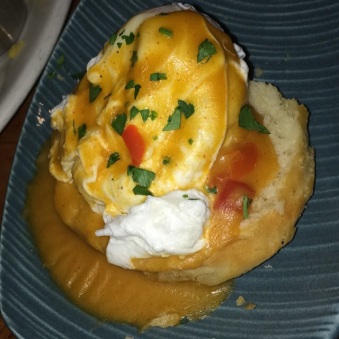 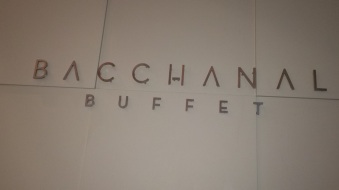 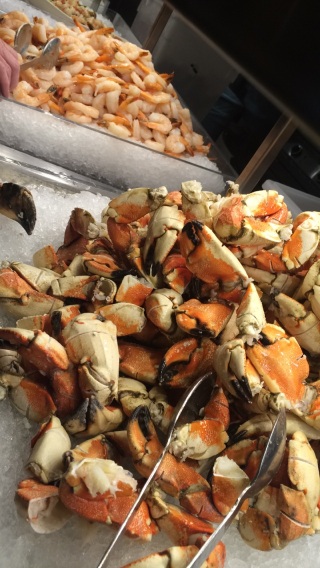 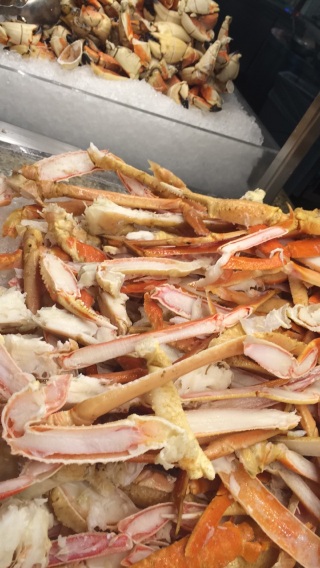 The next day, I woke up to a surprise of balloons and nice birthday greetings in the living room of the AirBnB spot!! Thanks Tai, my brother, and everyone who sent me well wishes! After this surprise, we rushed to Bacchanal Buffet at Caesar’s Palace for some birthday brunch with bottomless mimosas, courtesy of my big baller brother! I’ve been to different buffets in Vegas, but this is my new favorite. It has so many selections and delicious treats. My go-to at buffets is the seafood section, and this place offered so many standards (crab legs, shrimp, etc.) and specials, such as oyster shots with oysters submerged in cocktail sauce and lobster benedict (top right corner photo above). They also had cute mini deep-fry containers with fried chicken and mini-waffles, as well as red velvet mini-pancakes. The brisket is to die for. There is so much more to talk about, but these are some of the stand-outs for me! 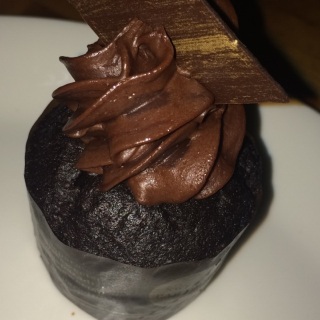 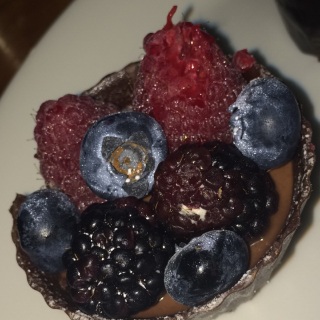 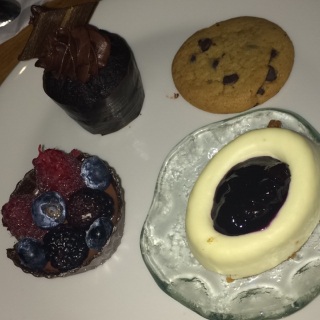 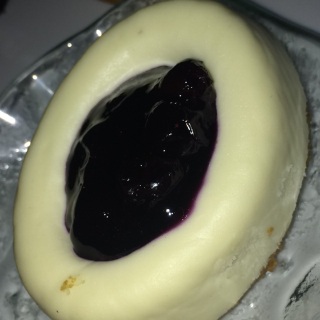 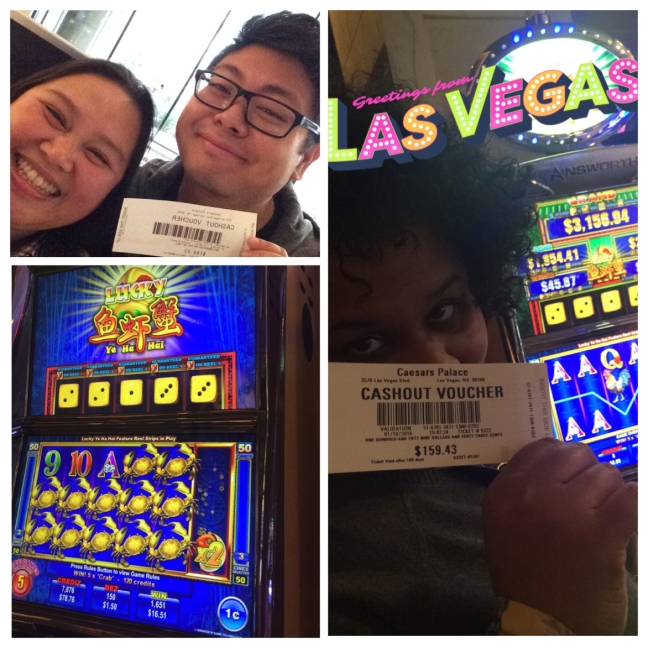 After feasting at the buffet, we tried to walk off all of our caloric intake by trudging along the casino aisles filled with slot machines in Caesar’s Palace. Thanks again to my brother for sharing his winnings with me, which I shared with Tai, who then increased our winnings even more! Later that night, we drove around The Strip, got some Wingstop and some Mello Yello orange soda Zero (the diet option), because it’s my birthday! The next day, we bid Vegas, my family, and Penny adieu and drove back to L.A. Long story short, it was a fantastic birthday weekend!

Tell us about your best birthday celebration in the comments section below! And email us at plateandpassort(at)gmail(dot)com if you need a few insider tips on how to plan your big day on The Strip!

And don’t forget to subscribe by entering your email address to receive Plate and Passport updates and notifications in your inbox!